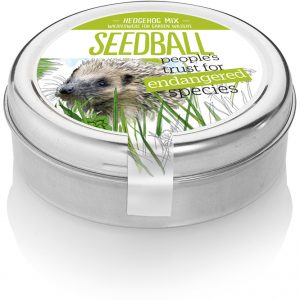 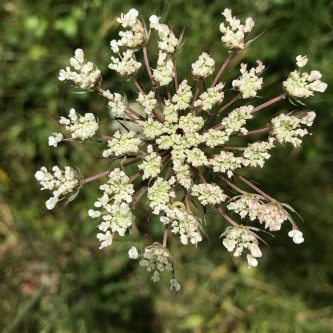 Wild carrot flowers in the summer (June to August). However, being an umbellifer, its skeletal frame often adds a stark beauty to the winter landscape.

Wild carrot can be often be found growing on grassland, cliffs, roadsides and in hedge banks. 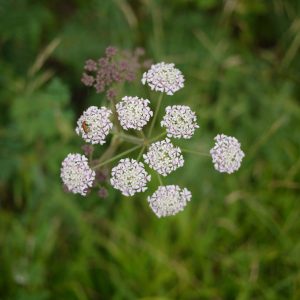 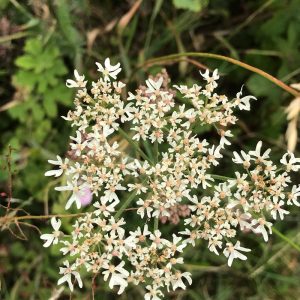 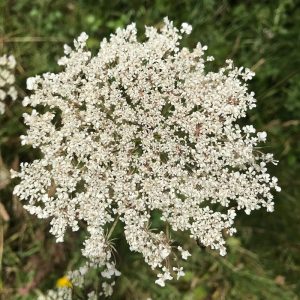 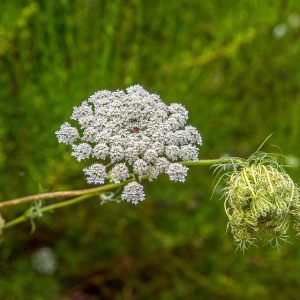 Also known as Queen Anne’s lace this is a dainty, frothy wildflower. Unlike cultivated carrots, the wild carrot’s root is tough and stringy and not particularly palatable.

The flower itself is long stalked and shaped like an up-turned umbrella. It is similar in appearance to other members of the Apiacae or ‘umbellifer’ family – such as the highly poisonous hemlock and the commonly seen cow parsley – with white flowers and feathery leaves.

Distribution
Found throughout the UK. In Scotland mainly occurs on the coast.

The popular orange carrot we eat today was developed by the Dutch in the 17th century. It was first noted as being grown in the UK in Somerset in 1668.

There are several stories as to why the wild version is named ‘Queen Anne’s lace’. Most revolve around King James I’s consort – the Queen Anne in question – who is said to have pricked her finger and stained some lace with a drop of blood. Wild carrot’s single red flower surrounded by frothy white blossom is quite evocative of this tale.