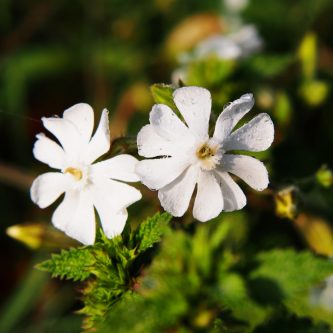 In flower from May to October 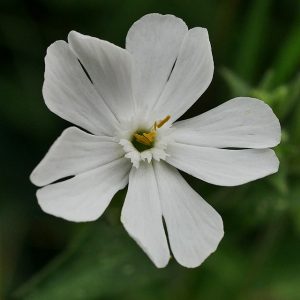 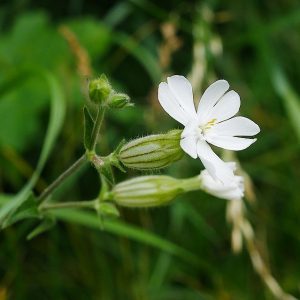 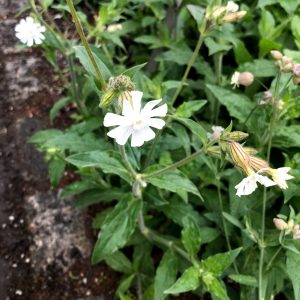 Description
A common wildflower of grassland and waste ground, its cheerful white flowers can be seen from spring to autumn.

How to spot it
The clear white flowers of the white campion have five petals, each deeply notched and almost divided into two and its opposite, oval leaves and stems are hairy. In places where it grows with red campion, the two may hybridise to produce pinky white blooms.

How’s it doing?
Common throughout the British Isles, but has declined slightly at the western edge of its range.

Did you know?
At night the blooms produce a clovey scent, attracting many feeding moths.

White campion was one of the ingredients in 16th Century Elizabethan pot pourri.

The root has been used as a soap substitute for washing clothes, hair etc.

It is thought to have been introduced to the country by neolithic farmers and remains of it have been found on neolithic and bronze age sites.