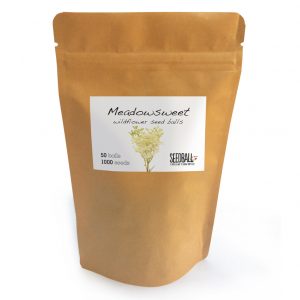 Menu
free UK delivery on all orders over £25 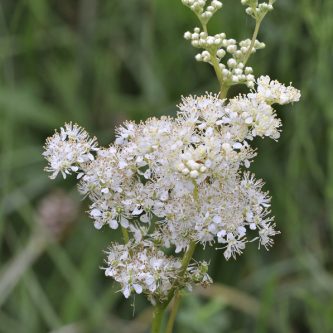 This wild flower prefers damp conditions, although not sites that are permanently waterlogged. Look out for it in meadows, fens, road verges and on railway banks. 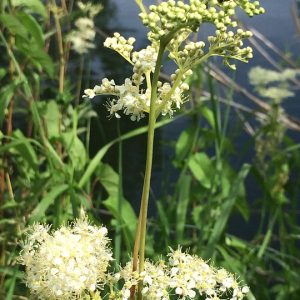 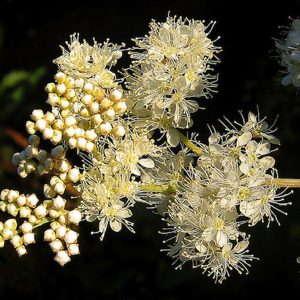 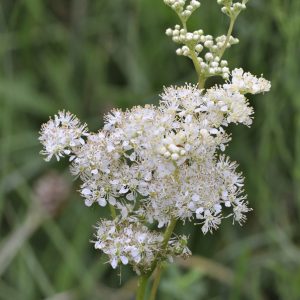 Frothy and cream-white with a sweet, pleasant smell.

The Tudor herbalist and botanist John Gerard called this wild flower the “Queene of the medowes” and described how it was used to scent people’s houses and “delighteth the senses”. When crushed meadowsweet’s odour is more antiseptic – possibly befitting a plant in which aspirin is found.

Identification
Flowers are cream coloured and densely clustered. Its long-stalked leaves are pinnate (or “feather-like”) consisting of pairs of large, toothed leaflets in between which are tiny versions – scarcely half a centimetre in length.

Distribution
Meadowsweet is found across Britain.

Did you know?
Despite being known as the “Queen of the Meadow”, this wild flower’s name doesn’t actually derive from where it grows. In Anglo-Saxon times it was known as medowyrt – the “medo” referring to meodu the Old English word for mead as it was often used to flavour the drink.

In contrast, in the Highlands and Islands of Scotland, meadowsweet is known as crios Chu-chulainn: the belt of mythological hero of Ulster, Cú Chulainn. Meadowsweet has a number of medicinal uses including against headache; it is a traditional hangover remedy.