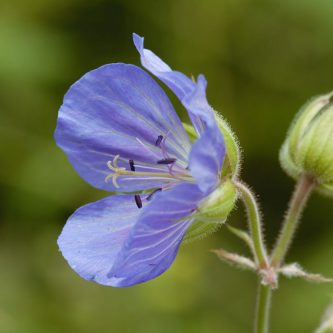 Meadows, roadsides, grasslands, open woods and dunes, especially in limestone areas in the Cotswolds and Wiltshire. Further north, it is less choosy about soils. 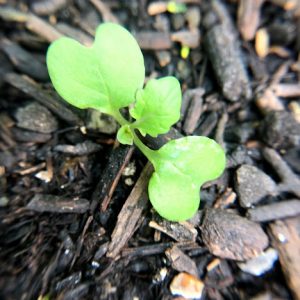 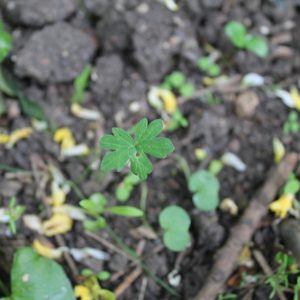 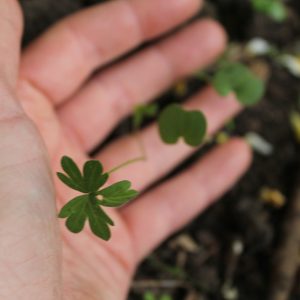 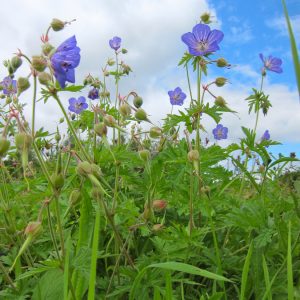 Description
The most widespread and striking of our native geraniums, its blue flowers make a splash in summer. In autumn its leaves turn a deep red.

Cultural info
In the Language of Flowers it symbolises envy.

How’s it doing?
Once common in hay meadows, meadow crane’s-bill in now largely restricted to road verges due to changes in agricultural practices.

Did you you know?
This wildflower was a horticultural favourite even before Elizabethan times. The famous ‘Johnson’s Blue’ is a meadow crane’s-bill/Geranium himalayense hybrid. Some nurseries provide double-flowered forms and colour variants including white as garden plants.
When seeding, its stems become erect, producing beak-like pods that give the plant its name.
Some of its lesser-known names include ‘Jingling Johnny’, ‘blue basins’, ‘gipsy’, ‘grace of God’ and ‘Loving Andrews’.