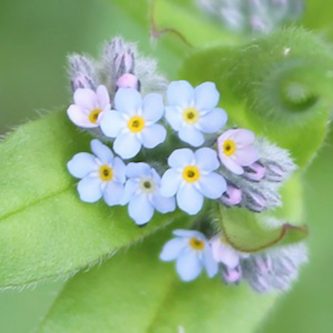 Flowers from April to September 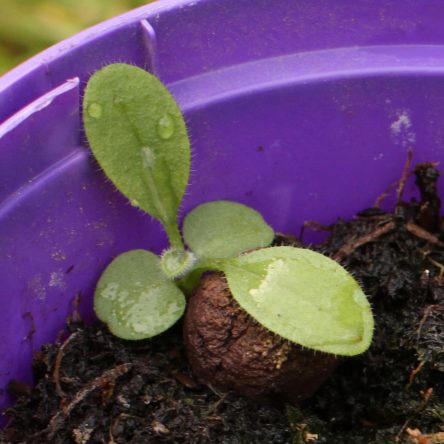 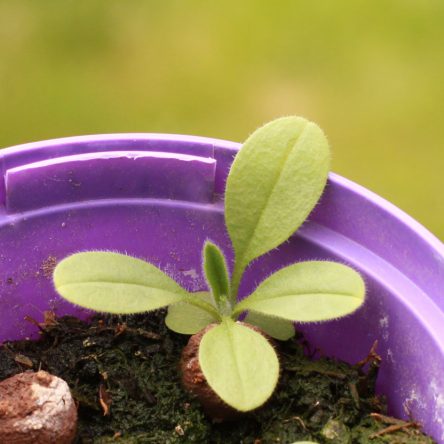 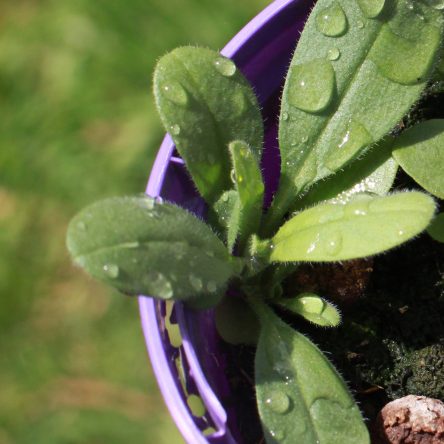 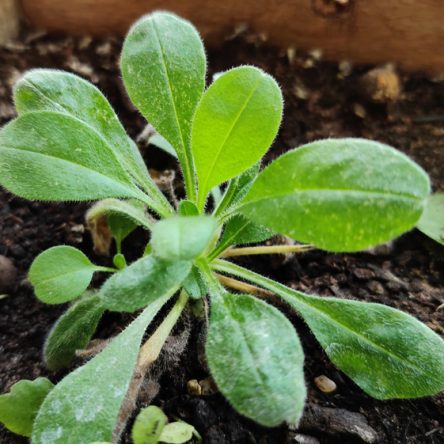 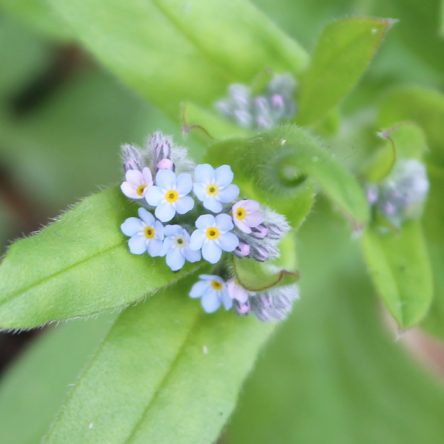 Description
Our most common forget-me-not is often found as a “weed” of arable land. It is also known as Field Forget-me-not

How to spot it
An erect greyish coloured plant, its very small, bright blue flowers (sometimes interspersed with pink) occur in spikes. The leaves are oval and hairy, the ones at the base forming a rosette.

Cultural info
In the Language of Flowers forget-me-not stands for true love and memories.

How’s it doing?
Found throughout Britain and Ireland, it is more common in areas where land is put to arable use. Despite changes in agricultural practice, distribution of has remained stable since 1900, probably due partly to its flexible life history and seed longevity.

3 things you might not know
In its Latin name arvensis means ‘of or growing in cultivated fields or land’.
Forget-me-nots used to be known as ‘scorpion-grass’, the current name only appearing in the early 19th century.
Their seeds form in small pods along the stem and attach to clothing when brushed against, eventually falling off, allowing the small seed within to germinate elsewhere.