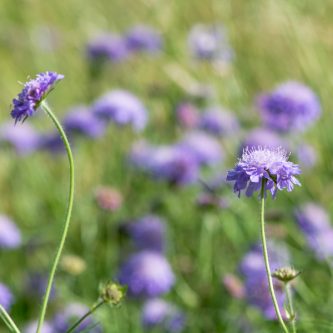 When it flowers, between July and September. 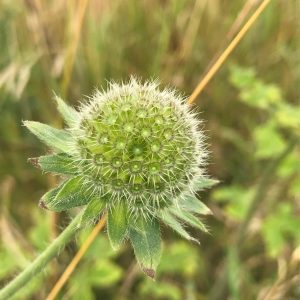 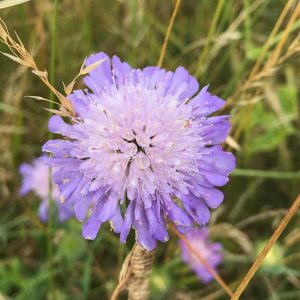 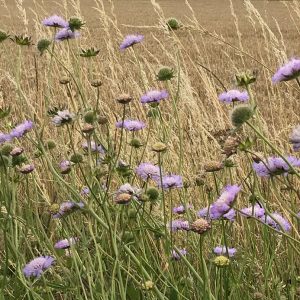 The dainty, lilac blooms that bob on the end of long stalks, can be a common sight on wayside banks at the tail-end of summer.

The pom-pom like nature of its flower has given rise to alternative names such as ‘Lady’s pincushion’, ‘Gipsy Rose’ and ‘blue bonnets’.

Distribution
Widespread throughout the UK.

Did you know?
Field scabious has a rough and hairy stem, similar in texture to scabby skin. According to the doctrine of signatures this association probably led to it being used as a herb to treat scabies, mange and itches – the ‘scabiosa herba’ (from whence its common name derives). The juice was also given to alleviate plague sores.

In Belgium a girl would pick Scabious “buttons”, give each a lover’s name, and then choose her husband by the one that flowered best.